Are Home Buyers Better Off Now ? 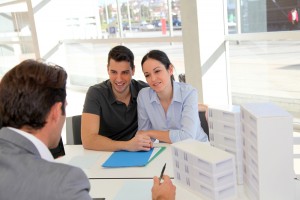 Buyers who are struggling to come up with the deposit to make their move might find it a little hard to believe, but a recent report from estate agency Hamptons International suggests that buying a home today might actually be easier than it was just a few years ago.

The authors of the report came to this optimistic conclusion after creating an affordability index that compared the costs of various items before and after the financial crisis. The ratio of property prices to earnings was a key component of the index, but the researchers considered many other types of costs that potential homeowners need to take into account when budgeting for their move. These included mortgage rates and the cost of living, including paying for food, utilities and other essentials.

The cost of these essential items has increased significantly, rising 28% since 2008, putting greater financial pressure on many families. Incomes have also risen, but by a much smaller amount, leaving many families with much less disposable income than they used to have. This rising cost of living, coupled with the recent increases that we have observed in property prices, might make it seem as though buying a home today must be more difficult than it was before the crisis began. However, the average property still costs about 5% less than it did at its pre-crisis peak, and lower interest rates have been keeping down the costs of purchasing a home. Buyers today are actually spending a lower proportion of their earnings on their mortgage repayments than they were in 2008, making homeownership more affordable, although buyers may now need to raise a larger deposit than they would have been required to in the past.

Despite this apparently good news, not everyone is looking forward to making a move into their own home. According to a survey conducted by the insurance company Aviva, many of those who are currently living in rented accommodation do not see themselves ever able to get on the property ladder. About 25% of tenants aged 35 to 44, and 50% of those aged 45 to 50, do not expect to be able to buy their own homes.