Are You Suffering from Recycling Fatigue ? 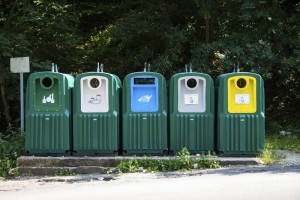 Recycling can be a bit of a chore when you are sorting out your own rubbish. Not having to organize your own recycling is one of the benefits of hiring a rubbish removals team to take care of bigger jobs, but on a day-to-day basis, it is something that we all have to do for ourselves.

Unfortunately, it seems that some of us are beginning to grow tired of all this work. A recent report produced by recycling firm Sita UK, which is responsible for recyclable rubbish removals from about 12 million UK households, has suggested that recycling rates have been slowing across the country. The amount of waste recycled in England rose from just 11% in 2000 to 43% in 2012, but the rate at which it was increasing had slowed by 2013. It went up by just 0.2% last year, and it might even decrease in 2014, making it difficult for the UK to meet the target of recycling 50% of its waste by 2020. With many councils struggling to meet their recycling commitments and residents often confused about what to recycle, and how, it is clear that we need to find a way to keep people interested in recycling.

Finding ways of making recycling simpler, such as collecting mixed waste rather than asking people to spend too much time sorting their own recyclables, could be part of the solution, but it is also important to ensure that people remember why recycling matters. Whether you are throwing out your household waste or using a rubbish removals service to clear out your house or garden, ensuring that it is all disposed of responsibly is very important. None of us wants to live in a world where rubbish is allowed to pile up on the streets, or dumped on our farmland and green spaces. Recycling has become an important part of how we handle our waste. It allows us to reduce the amount of rubbish that we send to landfill and gives us a way to turn many types of waste into useful products. Remembering why we recycle could be the key to tackling recycling fatigue.