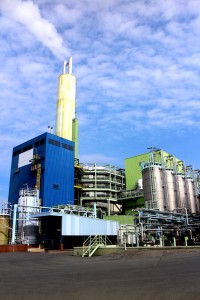 Buckinghamshire County Council has just given planning permission for the establishment of a permanent recycling centre in Westcott, but plans to increase the options for rubbish removals and disposal in Hertfordshire by creating a new waste incinerator have fallen through following a decision made by the Secretary of State.

Bucks Recycling has been hoping to expand for some time, and after several years of negotiating the planning system, it has now received permission to set up permanently on its site at Westcott Venture Park. Businesses that deal with rubbish removals and recycling are often required to navigate additional regulations and planning requirements, so this is an important achievement for the company. It has been a long journey, started in 2011 when the company first moved to Westcott, and requiring careful consideration of the impact on local residents. The firm has taken measures such as building acoustic shielding to protect the village from the sound of the recycling plant machinery in order to ensure that the jobs and rubbish removals services that it provides are not causing problems for the neighbours.

As well as giving the Westcott recycling plant a permanent base, this planning support could provide Bucks Recycling with a chance to expand its services in the county, providing additional rubbish removals and recycling services. These types of services are needed in order to cope with the increasing amounts of waste that are being produced, not just in Buckinghamshire, but in the wider region, and nationwide.

However, over in Hertfordshire, plans for a new waste incinerator that would have turned rubbish into electricity, were recently turned down by the Secretary of State. It was hoped that the proposed plant, which would have been situated in Hatfield, would help the council to find a cost-effective way of getting rid of some of the 275,000 tonnes of unrecycled waste that is currently being produced in the county. While 49.1% of household waste in Hertfordshire is already being recycled, the council needs to find new ways of disposing of the remainder, particularly if plans to close down the recycling plant at Elstree go ahead. Hertfordshire Council will now need to consider alternative options for dealing with its waste.