Buyers in Bedfordshire Struggle to Get On the Property Ladder

You are here: Home / Lite Blog / Buyers in Bedfordshire Struggle to Get On the Property Ladder
Categories: Latest
Tags: Central Bedfordshire, England 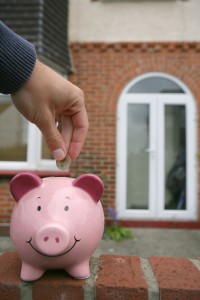 A report recently released by Shelter, the homelessness charity, has revealed just how difficult it can be for people to afford their first home in Central Bedfordshire. According to the charity’s data, fewer than 8% of the properties that are currently on sale in the area are actually affordable for the average family, suggesting that first time buyers are unlikely to be arranging removals within the area.

The figure was calculated by comparing property prices with the mortgages that would be available to families who were earning the average income and who had already managed to put together the usual deposit of 18%. The results showed that these families would only be able to afford the repayments on 90 of the 1150 family homes being sold in the area.

Despite this apparent affordability, many people in the area have struggled to afford their own homes, and property prices have been just as much a concern as they are in other neighbouring counties. Affording to buy a first home, and cover all of the associated removals, insurance and utilities costs appears to be increasingly difficult for many people.

Efforts such as the Help to Buy scheme and including affordable properties in local development plans have already been put in place, but it is clear that more needs to be done in order to ensure that removals are being made from rentals to owned properties, and not just between the same property types. Unless we want to live in an area where tenants can only ever afford to rent, and only homeowners can keep paying more to stay on the property ladder, we need to ensure that more affordable properties are being made available to first time buyers.