More Homes on the Market

You are here: Home / Lite Blog / More Homes on the Market
Categories: Latest 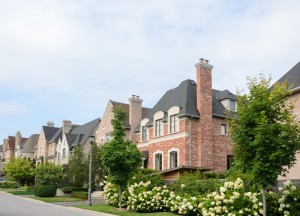 More people could be planning removals in the second half of the year as the number of properties on the market appears to be rising. With more properties up for sale, there will be less competition between buyers, making it much easier for families to find their new homes. Many people who have endured long searches could soon be arranging removals rather than scrolling through the property listings yet again.

The current situation is a complete reversal of the first part of the year, when the market was strongly favouring sellers over buyers. The demand for property was increasing much more quickly than the supply of new properties onto the market, creating tough competition for those houses that were for sale. Many buyers found it difficult to get their offers accepted as prices were driven up by the competition. Since demand is now dropping at the same time as more houses are being put onto the market, completing a purchase could become easier for buyers. However, competition for properties remains strong in many parts of the country, so some buyers will still find it a struggle to overcome the competition and finally be able to arrange their removals.