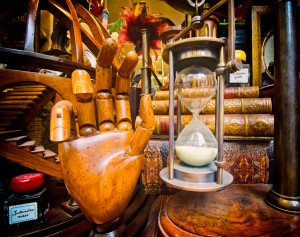 It’s surprising how easily clutter can build up around the house, and how much junk we actually throw out every week. Even the smallest pieces of rubbish can quickly build up into mountains of waste when we are don’t have regular rubbish removals or when we don’t bother to keep on top of our mess. It’s something you often don’t realise until you decide that the attic or the garage really needs a good clear out, and suddenly you have a vast problem on your hands that will take you days to sort out, but a new exhibition at the Science Museum in London could help to put the problem of ignored waste into perspective.

The Rubbish Collection exhibit will gather together all of the waste that is left behind by visitors to the Science Museum, piling it all up so that we can see just how much mess we create as we go about our daily lives. The project, which will be run by artist Joshua Sofaer and is open until September, will collect together all of the waste that is produced in the museum over the course of one month. The rubbish will be sorted, photographed and archived in order to show just how much we throw away, usually without a second thought. Among the finds that have been made so far are just over £5 in cash and a spoon accidentally thrown away in a child’s packed lunch, but Sofaer expects to collect much more. Over the course of a month, the museum will usually produce more than eight tonnes of paper and cardboard waste, many litres of used cooking oil, and plenty of old exhibition displays and other junk.

Sofaer toured various recycling plants and rubbish removals sites around the UK to learn about the huge amounts of material that we throw out everyday. He hopes that visiting the exhibit will help people to think more about the rubbish that they throw out, helping us all to become more aware of our impact on the earth and what happens after the rubbish removals team takes our junk away. Waste doesn’t just disappear when we throw it out, he told the Guardian, it is transformed.