One Person’s Junk Is Another’s Treasure 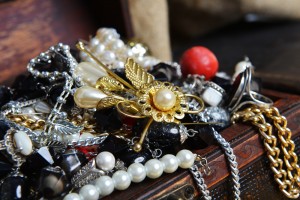 When you finally get around to clearing out your attic or getting rid of the junk that has collected at the back of the cupboard, it is tempting to daydream about coming across some hidden treasure, or suddenly recognizing that the ugly ornament your mother in law gave you is really a missing Faberge egg. Unfortunately, even if we were lucky enough to make such a discovery, most of us would probably fail to notice what we had found, and end up being the person who sold the lost masterpiece for pennies at a car boot sale rather than the one who finds out the real value at the Antiques Roadshow. Working with an experienced house clearance service can ensure that you don’t miss out on any of these priceless pieces, since the clearance team will be able to advise you on the value of your unwanted items and how to sell them on at the best price.

Even with help, few of us are likely to make quite such extraordinary discoveries, but even the oddest pieces that seem like old rubbish to you could be valuable treasures to someone else. The recent unearthing of a heap of old Atari ET game cartridges in a New Mexico landfill site shows just how true this is. The ET cartridges were originally dumped thirty years ago because the game was considered the worst one ever made, but this just made people more interested in finding the cache. Its existence had become something of an urban legend, but this time it just happened to be based in fact. Plenty of other items can also accrue value with age. Broadcasters are often on the lookout for recordings of old TV and radio programmes that they failed to preserve, and people collect all sorts of items that were once cheap and common. A collector or a local museum might very well be interested in your old stamps, LPs, postcards, magazines, coins or even old tins or packaging. You might not make much money from selling or donating these items, but they could bring a lot of joy to someone who is interested in their history. You might even learn something along the way if you do some research or talk to collectors.

If you finish your clearout without finding anything that will make you a millionaire, try not to be too disappointed. Sorting through our accumulated junk is likely to turn up a few items that have some value, if not to others, then at least to ourselves. Finding an old childhood diary, forgotten photos of our parents, or love letters sent between our grandparents can remind us that treasures can take many different forms.