How CHAPS Will Impact the Removals Industry for the Worse

Categories: Latest
Tags: CHAPS, EC, England
Comments Off on How CHAPS Will Impact the Removals Industry for the Worse 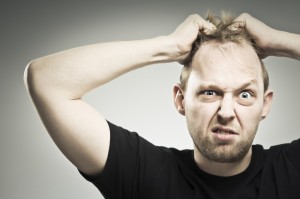 Changes to the CHAPS system, as announced by the Bank of England last year, are
coming into effect in 2016. Instead of the clearance time being cut off at
4.20pm, it will be extended to 6pm.

This might sound like a good thing for home movers. Some have previously been
unable to move on the desired day, because the money hasn’t been transferred
in time and the keys haven’t been released. So, an extension to 6pm is good.

But it isn’t, because estate agents, solicitors and removals companies will be
forced to work much later to compensate. Why? Simply because the Working Time
Directive 2002/15/EC is very strict on the amount of hours people can work.
These hours include driving.

The Working Time Directive puts the maximum working period as 15 hours. This can
only be done three times a week. As lorry drivers must complete a vehicle check
before they start, their working day could start like this:
– 7.30am – begin vehicle checks
– 8am – drive to client’s house to begin move
– 8.30am – 9am – begin the moving process

With every chance that payment will go through at the new time of 6pm instead of
earlier, this means the driver and crew will already have been working for
nearly 12 hours by the time the solicitor arrives to hand the keys over. The
movers still have the task of unloading the lorry and driving back to the lorry
park/yard – something that cannot be done in three hours.

This in turn means there is every chance that someone moving even from one
street to the next could end up doing so over the space of two days – let
alone when greater distances are involved. What is the outcome? Increased costs
for the homeowner, who has to pay for two days instead of one, and has to find
somewhere to stay overnight as well.

This is the term used in a news release from the Bank of England, issued back in
July last year. The changes are set to come into force this summer, so anyone
moving home in the second part of 2016 and beyond could find a nasty surprise
awaits them when finding out how much the move will cost.

There is every chance the change will produce anything but increased flexibility
for home movers and removals firms.