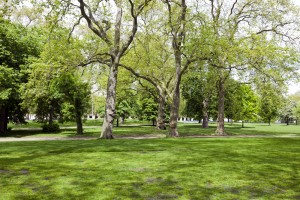 Rubbish removal isn’t just an issue that we have to tackle in our own homes and gardens. It is also a problem that we need to solve in our public spaces, particularly in our parks, and campaigners have been calling for people to take better care of our open spaces, from the parks of Dunstable to the slopes of Everest.

The Dunstable Gazette Herald and Post reports that local business owner Ismail Anilmis has joined together with councillor Andy Burton to help tackle the problem of rubbish removal in Dunstable. Together with a team of 20 volunteers from his McDonalds franchise, Mr Anilmis managed to clear more than 20 bags of rubbish. The efforts were part of the fourth annual McDonalds clean-up event, which involved groups of volunteers across the country. Here in Dunstable, the efforts were focused on Hockliffe Park, an area that has suffered from large amounts of litter. The volunteer rubbish removal team found that the discarded refuse included such unlikely objects as wheel trims and coat hangers, showing just how extreme the problem has become. Thanks to their efforts, the park is now looking a lot cleaner and more welcoming, but the event also had another goal. The Love Where You Live campaign also hopes to raise awareness of the problem of litter and to encourage more people to take action to tackle this serious problem.

The need for these types of awareness building problems is made all the more clear by the fact that similar strategies are having to be put in place to protect some of the most attractive and unique environments in the world. According to the BBC, the world’s highest mountain, Everest, has been made a “sister peak” of the Japanese icon, Mount Fuji, as part of an effort to preserve these two fragile ecosystems. One of the issues that needs to be tackled on both peaks is rubbish removal. Clear up efforts are already helping to reduce the refuse left behind by climbers and tourists. Mountaineers attempting Mount Everest are required to collect at least 8kg of rubbish on their way down, while volunteers from the Fujisan Club have managed to collect 60 tonnes of rubbish from Mount Fuji. The work will continue with a joint clean-up starting next spring, which will helpfully reduce some of the damage done to these beautiful sites by less responsible visitors in the past.