You are here: Home / Lite Blog / All posts tagged Scotland
07

With reduced bin collections, carrier bag charges and even talk in Scotland of money back schemes for recycling the war on waste is hotting up more than ever. With over 31 million tonnes of waste generated every year it is no surprise that councils and the Government have set targets to reduce waste.
Far from being solely the Government’s problem, waste generation is an issue for everyone and yet small changes could make a big difference. Reducing the waste a household produces and only outsourcing waste removal when absolutely necessary doesn’t necessarily mean overhauling a person’s lifestyle. Here are some quick wins to get started:
Only buy what you need
This might sound obvious but being surrounded by temptation and deals on everything can lead to people buying much more than they’ll ever need. Shopping for food and consumables only as they are needed could reduce food waste and overstocking of items that may not be used for years to come.
Buy products that last
They say that you buy cheap and you buy twice and this is definitely true in many cases. Buying quality items of clothing or investing in rechargeable batteries might seem initially expensive but could save on waste and cut down on products only being used once before being ready for the bin.
Make money from waste
Rather than binning items that are no longer needed it could be possible to donate unwanted clothing or bric a brac to charity. Alternatively car boots tend to run all year round in many areas so selling could also be an option.
Reduce junk mail
Contacting companies to cancel marketing mailings or opting for electronic mail sounds very small but the implications for production and delivery or materials could have a big impact as well as make extra space for paper bin collections.
Take your own bags
There might be something about a trip to the supermarket that instantly makes someone forget their huge stash of carrier bags at home but doing your utmost to remember to take your own bags for your weekly shop can now save you money as well as a plastic build up at home. Many supermarkets also have plastic bag recycling bins for anyone with an out of control supply.

Recycling Targets: Are We Meeting Ours?

Categories: Latest
Tags: Scotland, South Oxfordshire, UK
Comments Off on Recycling Targets: Are We Meeting Ours?

Ahead of the release of the official statistics on recycling in November, councils around the country have been analysing the league table released by letsrecycle.com, which shows how well placed each area is according to provisional estimates of its recycling rate.

Some parts of the UK have done very well. Swansea, for example, has managed to reach its high target of recycling 56% of its waste. This success was attributed to a new fortnightly limit of three bags of rubbish that was introduced in April, and to the door-to-door visits offering residents advice on recycling and reducing waste. The target will be raised to 58% next year.

However, other parts of the UK have struggled, and some have missed their targets. Scotland has been striving for an overall rate of 50% since 2013, but it has not managed to reach it this year. The average for all 32 Scottish councils was 42%, meaning that there is still plenty of work to do in order to boost recycling. Nine of the councils had managed to meet the target, with some exceeding it by substantial amounts. Clackmannanshire actually achieved a 60% recycling rate. However, there were some very low rates in other parts of Scotland that drew the average down. Shetland only managed to recycle 12% of its waste, while Dumfries and Galloway recycled 24%.

Closer to home, South Oxfordshire managed to claim the top spot in the league table, with a recycling rate of 65.71%. A lot of work has gone in to achieving this high rate. Mixed recyclable waste is collected every fortnight, relieving residents of the need to sort their own recycling, and food waste is collected separately once a week, keeping it out of landfill. Rochford, which took second place this year after several years at the top, managed to recycle 65.49% of its waste, through a three-bin system collecting food waste weekly while taking other recyclables and waste every two weeks. New incentives are expected to be introduced next year that could boost Rochford back into the top spot, and the goal for 2016 is to be recycling 70% of waste. The overall goal for the UK is now to reach 50% by 2020. 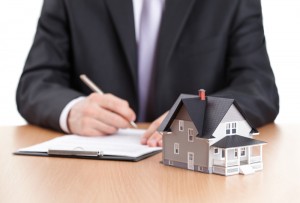 Deputy Prime Minister Nick Clegg’s recent announcement that letting agents will be required to publish their fees clearly on their websites and in their offices will be useful for anyone moving into rented accommodation, but agent’s fees are not the only hidden costs associated with moving. Finding some extra cash to cover unexpected bills can be difficult enough at the best of times, but when you have just committed to buying or renting a new home, it can be particularly problematic when removals costs start to add up.

The new policy will make it easier for tenants to calculate the true costs of their new property, by ensuring that it will be easy to find out exactly what letting agents will be charging. The hope is that greater openness about the fees that are being charged will help to keep rates down, as well as helping tenants to understand what they will need to pay. However, discussions are underway to determine whether stronger regulation should be put in place to restrict letting agent fees. An amendment to the Consumer Rights Bill has been proposed that could ban agents from charging any extra fees to tenants for renting them a property. Charges could then be limited to a deposit and the first month’s rent, although some estate agents worry than banning agent’s fees could just result in a rise in rents, as happened in Scotland when similar legislation was passed.

Even if the ban on fees is put into place, there will still be other hidden costs associated with moving that buyers and renters will need to continue including in their budgets:

1. Decorating costs, particularly if professional services are used.
2. Packaging materials for the move, although costs can be kept down by sourcing free cardboard boxes or asking the removals service to help source materials at a low price.
3. Fee for parking the removals van outside your property if you have to arrange a suspension of council parking restrictions to use street bays.
4. New appliances and installation costs, as well as any extra costs for setting up broadband, TV, or even tuning a piano.
5. Extra utilities bills, if services are not switched immediately, or if meter readings aren’t given to suppliers quickly to avoid paying for the previous tenant or owners’ energy use.