Why You Should Be Careful What You Throw Away

You are here: Home / Lite Blog / Why You Should Be Careful What You Throw Away
Categories: Latest
Tags: Mr Beesley, Nicola Baird, Norah Hudson, Second World War, Switzerland 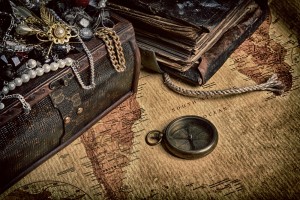 The importance of sorting through items carefully when clearing out a house is highlighted by the treasures that are sometimes recovered at the last minute. Although many of our most precious objects are easy to spot and save when we sort through old boxes or clear out overflowing drawers, there are some irreplaceable items that are all too easy to lose. Their value doesn’t become apparent until we look at them a little closer.

One such item was almost thrown out by Hertfordshire native Nicola Baird, who was helping her mother to clear out her house before she moved to a smaller home. As she explained to the Guardian newspaper, Baird was about to throw out a tatty old book, written in French, when her mother happened to comment that it was linked somehow to their Swiss relations. Baird knew nothing about this side of the family, but she pulled the book out of the recycling pile and decided to find out more about her family history. She learned that her ancestors had lived in Switzerland for many generations, mixing with famous authors including Voltaire, Victor Hugo and Charles Dickens, and even being visited by George V. However, the beautiful family home had to be sold when an inheritance was split between four siblings, and the grief of this loss combined with the horrors of the Second World War, had made it too difficult for her grandfather to speak about the past. If Baird had not recovered that book, she might never have known about her family history.

Another last-minute recovery was recently made at a recycling centre in Hertfordshire. John Beesley from Berkhamsted spotted a set of photo albums that had been thrown out and was intrigued by the old school photos he saw inside. The photographs showed pupils dressed in old-fashioned clothes conducting experiments and learning, as well as some old school buildings, libraries and classrooms. After a lot of detective work, Mr Beesley discovered a school in Somerset that matched some of the pictures. The Sidcot School’s prospectus even had photos of the same library that he had seen in the discarded albums. The photos, which are believed to have been taken by former Sidcot pupil, Norah Hudson, in 1912-13, have now been donated to the school, but the insight they provide into Sidcot’s history could all too easily have been lost with the recycling.