The Realities of 4 Weekly Bin Collections 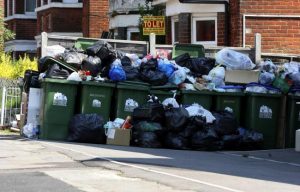 Weekly bin collections have all but disappeared for UK residents and now the realities of recycling are very much part of waste routines in UK households. However, the recent introduction of 4 weekly bin collections is causing a kafuffle for some residents in Conwy.
The bin collections have been reduced in a bid to meet pressure from Government who wish to comply with EU targets which want to see a minimum of half of household waste recycled by 2020. Conwy is one of the first councils to introduce these measures with more due to follow in England, Wales, Northern Ireland and Scotland. Failure to comply with these targets by 2020 could see councils fined up to £500,000 a day.
Unfortunately, Conwy residents are finding the drop in collections a stretch and are forced to find alternative ways of getting rid of their rubbish such as burning or seeking help from neighbours. For families, the time between bin collections is too long and leaves them trying to find space in anywhere possible and increased time sorting all the rubbish into different bins. Taking the extra rubbish to waste recycling centres could be difficult for some residents who may not have transport or cannot access the centres conveniently.
The strict plans from councils show no signs of abating so the reality is that households may need to find ways of managing their household waste sooner rather than later.
The costs of disposing of waste in Conwy alone is said to be £2.9million each year with the 4 week collections expected to save around £558,000 a year. Conwy council states that recycling has increased by 15% in the early months of the trial so despite some misery from residents it could be a permanent roll out with the savings involved.
Managing household waste is really key in being able to maximise the bin collections in any area. Measures such as being mindful of what you are buying and trying to reuse and recycle as much waste as possible are big factors in not having excess waste. It could also be useful for householders to engage with local waste collection services to help with excess waste removal or bulk collections as they adapt to less frequent council collections.

Business as usual for Movers 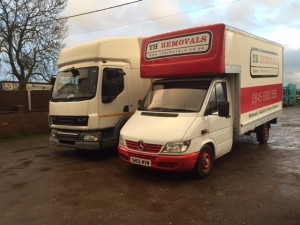 Despite predictions that the housing market would slump in the wake of the Brexit vote, estate agents locally are reporting that the reality is quite different. St Albans based firm Leaders has reported a boost in viewings for properties in the area with agreed sales and exchanges all going through as planned. They have also reported that the levels of expected sales remain the same with little or no sales falling through as a result of the decision to leave the EU.

Early indications seem to be that people for the most part just want to get on with business, whether as a vendor or a purchaser and whilst things may have been a little stagnant before the vote people now want to get moving – literally!

All this is good news for the local industry as there were concerns initially that people may stay put. Understandably some were waiting for the outcome before making any big decisions about their futures but now people want to make the best of the situation.

This local news seems to support the recent report from the Office of National Statistics showing that the UK economy grew in the months April to June by 0.6%. Their opinion was that the impact of Brexit was ‘limited’ and again supports the view that things may not be as bad as some expected thus far.

Property resilience in Hertfordshire is not only good for the local economy but it’s also good for wider businesses that support movers locally too. There is also plenty of new housing and developments for buyers to choose from in Hertfordshire and the surrounding areas to help bring people to the area as well as move within it.

Counties surrounding London were already doing well in terms of property so the news that this is likely to continue to grow is welcome. What the area boasts is that although property prices have increased in recent years there is a buoyant market for all kinds of buyers including first time buyers. With central London itself largely pricing people out of the market for home buying it is positive news that the commuter areas are driving growth and offering opportunities for all.

Despite the negative connotations that Brexit has given in recent weeks it seems that local people are determined to make the best of it. Key to navigating future rocky waters could well lie in the success of local economies, particularly in relation to property. Staying positive and seeing the best that the local counties have to offer is essential in maintaining momentum gained prior to the vote. It is encouraging to note that the impact at this point is considerably less than predicted.